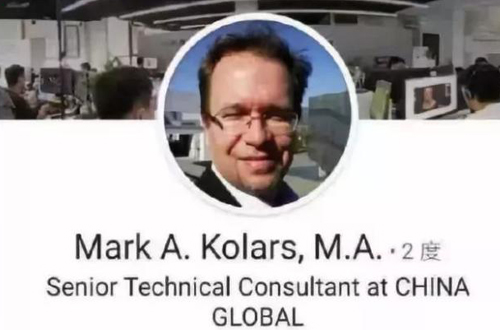 (Photo/Screenshot of image of Mark A. Kolars on LinkedIn)

(ECNS) - Beijing's Public Security Bureau has withdrawn the work permit of Mark A. Kolars, who was suspended from the Chinese Academy of Sciences after his humiliating words about Chinese people posted on LinkedIn went viral.

Beijing Municipal Public Security Bureau posted a statement on the microblogging website Weibo, saying Kolars’ work permit would be cancelled while he is required, in accordance with law, to leave China within a time limit.

The administration added China welcomes foreigners whether they work, start a business, make an investment, study or travel in the country, with their legal interests protected by law.

Foreigners do need to abide by Chinese laws, and respect local culture and history. Any violation of Chinese law and regulations would be punished accordingly, it was added.