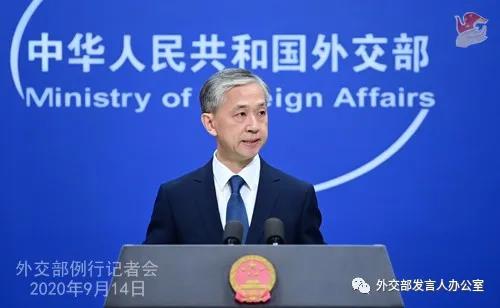 (ECNS)--China hailed the opening of intra-Afghan talks as a new chapter for reconciliation in Afghanistan, the Chinese Foreign Ministry spokesperson said Monday, adding it would continue to support and mediate in the Afghan peace process.

The remarks of FM spokesperson Wang Wenbin ran as follows.

CRI: The first intra-Afghan negotiations opened in Doha, Qatar on September 12. Does China have any expectation for the prospect of these negotiations? State Councilor and Foreign Minister Wang Yi said in a video message that China will continue to be a supporter, mediator and facilitator of the Afghan peace and reconciliation process. Does the Chinese side have any specific consideration or plan to this end?

Wang Wenbin: China expresses congratulations for the opening of the intra-Afghan negotiations. Just as a Chinese poem reads, “We remain brothers after all the vicissitudes; let's forgo our old grudges, smiling we meet again.” Both parties of the intra-Afghan negotiations are brothers. After all these years of twists and turns, they finally came to the negotiating table and opened a new chapter in the peace and reconciliation process in Afghanistan. History has proved time and again that peace in Afghanistan cannot be achieved by military means and that a political settlement is the only correct way forward. It is hoped that the two sides will bear in mind the interests of their country and nation, work together to achieve outcomes and peace in these negotiations, build an inclusive political architecture for the future that is widely accepted and participated in by all parties in Afghanistan, stay committed to combating terrorism, pursue a foreign policy of peace and friendship, and help Afghanistan to embark on the road of peaceful development in real earnest.

China is a traditional friendly neighbor and sincere friend of Afghanistan. As State Councilor and Foreign Minister Wang Yi said in his speech at the opening ceremony of the intra-Afghan negotiations, China sincerely hopes that the two sides of the Afghan peace talks will seek common ground while shelving and narrowing differences, turn their swords into ploughshares and find an effective political solution to the Afghan issue as soon as possible. China always respects the independent choice of the Afghan people, firmly supports the "Afghan-led, Afghan-owned" peace and reconciliation process, and will continue to be a supporter, mediator and facilitator of the process as always.